ifaw deploys to California to rescue animals during the wildfires

While searching a neighborhood destroyed by fire, our Senior Program Officer for Disaster Response, Jen Gardner, found an older female dog in need of rescue. Injured and traumatized by the disaster that left her all alone, the dog was initially very afraid. Jen quickly gained her trust and carried her to our rescue vehicle. The team brought her to the IFAW-managed NVADG shelter, where she is receiving care, treatment for her skin irritation, and much affection from the team.

During the search and rescue efforts, our team also rescued a trio of goats who were trapped inside a gate. Escaping with singed fur and smoke inhalation, it’s incredible that these animals survived the intensity of the fire, which had completely melted several cars on the property. We brought the goats to a larger animal shelter, where the animals will be provided with care until they are reunited with their family.

Our team arrived in Butte County, California and immediately set up a second temporary animal shelter (named Cal Oak) for evacuated and rescued animals. The shelter currently has capacity to house 100 dogs and 100 cats. Shannon Walajtys, Program Director of IFAW’s disaster response team, is supporting critical logistics, planning, and resource management at the Emergency Operations Center (EOC) alongside our partner, the North Valley Animal Disaster Group. Four IFAW responders deployed to animal search and rescue teams behind the fire lines, while the remaining responders managed the shelter and began working on plans to reunite rescued pets with their families.

During Saturday’s search and rescue mission, we received a call from a concerned owner who became separated from her dog, Pippa, during the fire. Once it was deemed safe to enter the fire zone, our team searched through the rubble and located Pippa and another missing dog. We brought them to a temporary emergency shelter where they will soon be reunited with their family.

As the team was leaving the fire grounds on Saturday, two firefighters waved our vehicle to stop. The firefighters had rescued four small kittens in need of emergency veterinary care. Our team thanked them and took the kittens straight away to a local vet for assessment and treatment.

Stay tuned for more rescue stories from the field

The North Complex Fire has already burned 250,000 acres since igniting in August and continues to burn 1,000 acres every 30 minutes. Less than two years ago, IFAW deployed to this same area to rescue animals and support communities impacted by the Camp Fire. Our team is already seeing friends and colleagues suffering again with little time to recover since the last disaster. We’re prepared to help in any way we can to rescue animals and support communities who have lost everything.

Stay tuned for more updates from the field as our deployment continues. 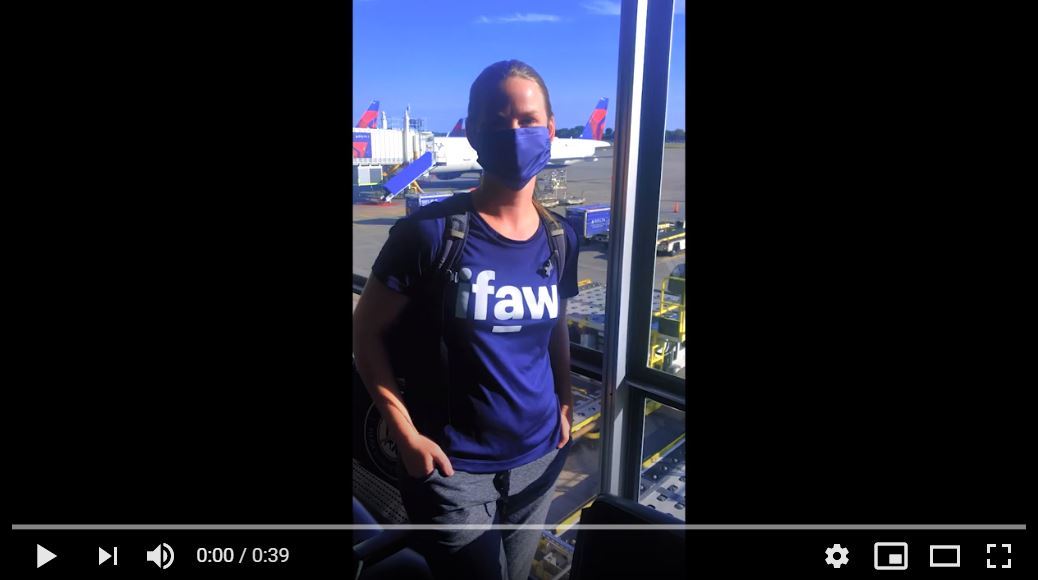 In a disaster, animals can’t ask for help

In wake of COVID-19, ifaw teams up with World Central Kitchen