Considered to be the third largest destination for illegal wildlife, the European Union is also a crucial hub for ivory trade

Global ivory trade is a threat to elephants wherever they are. Trade in ivory, even when it is legal, causes consumer and enforcement confusion, and potentially provides a cover for the laundering of illegal ivory.

Contrary to the public perception that an international ban on commercial ivory trade exists, significant legal commercial trade in raw and worked ivory continues, due to regulatory loopholes, including within and from the EU (1). Both worked ivory objects and tusks have been seized in the EU and at EU borders, because the sale, import or export was found to be illegal. Ivory exported from the EU has also been confiscated in importing countries such as China and Vietnam.

Elephants are intelligent, social creatures that mourn their dead and keep week-long vigils over fallen family members. Research shows that the effects of poaching extend to that of survivors and wider elephant society, which suffers long-term emotional and social distress.

A solution for elephant poaching 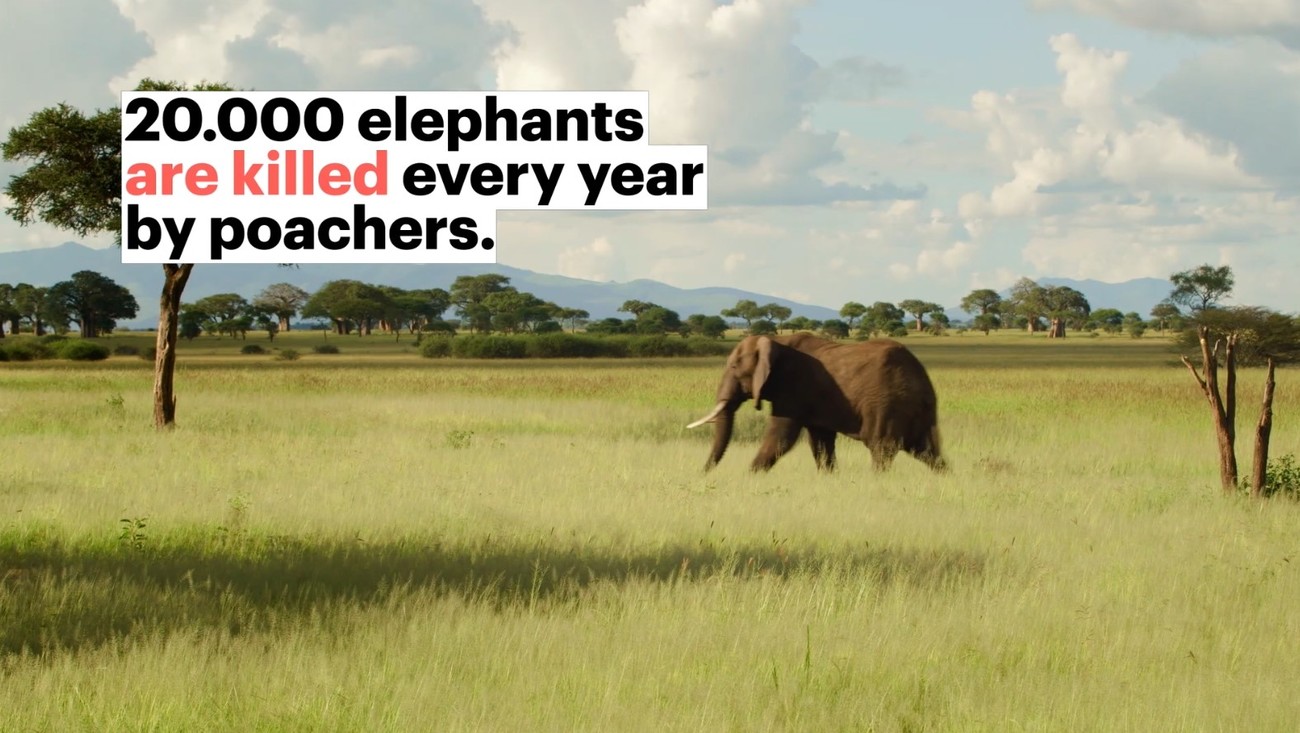 The problem in numbers:

IFAW has been advocating for restrictions on ivory trade in Europe for the past decade, including during the development and passing of the European Wildlife Trafficking Action Plan (WTAP). The work paid off. The European Parliament passed two resolutions calling for an end to the ivory trade in the EU and, in 2017, the Commission also issued a non-binding guidance document that recommended suspending (re)export of raw ivory items.To build on this momentum, IFAW launched a public campaign, #NoIvoryInEU, demanding the EU to close its ivory markets in July 2017, and we actively work with other NGOs and diverse stakeholders in advocacy efforts. We also encouraged a swift implementation of the WTAP.

The European Commission is currently reviewing its policies, which we hope will improve and strengthen legislation on ivory trade.

The support of all EU Member States in passing an EU-wide legislation is key, but it has to be followed by a thorough implementation in each country. Over the past few years, France, Luxembourg, the Netherlands, the UK and Belgium passed national legislation to ban ivory trade - with more or less flexibility.

IFAW urges Member States to support the closure of all ivory markets in the EU and the implementation of a ban on all ivory imports and (re)exports.

(1)    Trade in raw ivory can only happen within the EU:
Intra-EU trade: Case-by-case authorisation possible for pre-1990/ pre-1975 items – certificate required
Re-export from the EU for commercial purposes: Prohibited for specimens acquired after 1975/1976; suspended also for older specimens

Third stakeholder consultation on the ivory trade in the EU